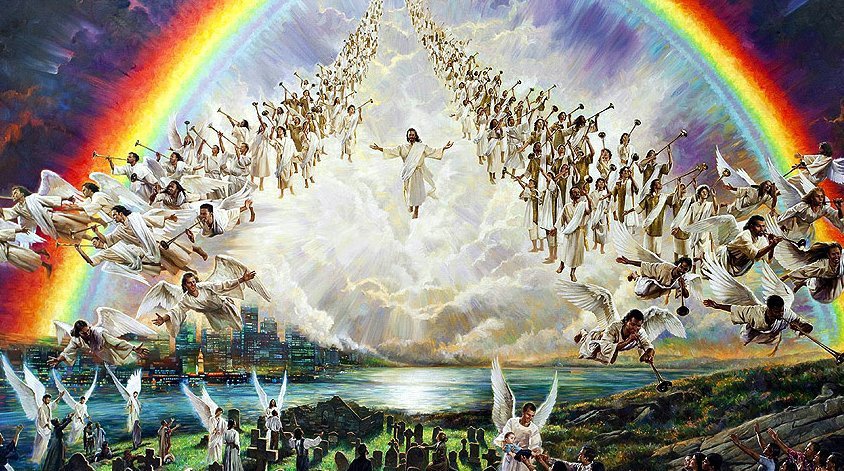 The world has been in an ever intensifying spiritual awakening…especially in the last 10 years now.  The spiritually sensitive feel it.  It means that the 20% of the true humans walking around on this matrix earth may get busy openly battling false alien-gods soon.  How do I arrive at 20%?  What is NOT generally well known is that human history is a family squabble.  For 6000 years since Adam and Eve, there have been 5 types/classes of apparent humans walking about.  Angel and demon class.  Spirit elect–ie Christ and His Wife.  Christ only appeared to His disciples after His resurrection.  He has always been walking about.  But the 12 disciples didn’t get to walk about pretending to be human, until they made their calling and election sure and actually physically died; they don’t get to be obvious like walk through walls and such, so you will never know for sure who they really are.  Ya get wise though when they sort of give themselves away, but not really.  The privilege of appearing in the same apparent physical body after death was/is reserved for the literal Christ only.  Then there is Father God, who can make an avatar(s) to walk about this matrix and nobody can read that Being.  Angels, demons, Christ, and the spirit elect can all read my mind, for I am only human.  Nobody can read Father’s mind unless He wants you to.  I am human elect, like the early apostles, but connected to my higher spirit elect doppelganger self.

So, that is where I get my number.  Four classes walking about our matrix, who appear to be human but are not…some your boss, friends, spouse even.  Then a true human like me is only one class out of five then, which is 20%.  20% of 7 billion is approximately 1,400,000,000 true humans walking about the earth (simulation matrix actually).  And in the story of Elijah running from Jezebel, God said He only has a symbolic 7000 on the earth at any one time.  7000 out of 7 billion is 0.0001% are destined to be first resurrection elect.  So, 0.0001% of the 1,400,000,000 legitimate humans on the “earth” works out to 140,000.  Quite a coincidence this number is close to the 144,000 Revelation speaks about that come out of the great tribulation and become spirit beings at death, rising to rule and reign with Christ as one of His hot polygamous wives.

Since we are in the matrix, and 5 sense reality is fake, and time is also part of space-time, so also an illusion, then the 144,000 are all on earth at this “time” and waiting to show themselves. We will tear down the 5 sense illusion, time itself, and bring in the millennium…after we destroy all the UFO demons and their followers.  See www.theoriginofgod.com for more about that…..